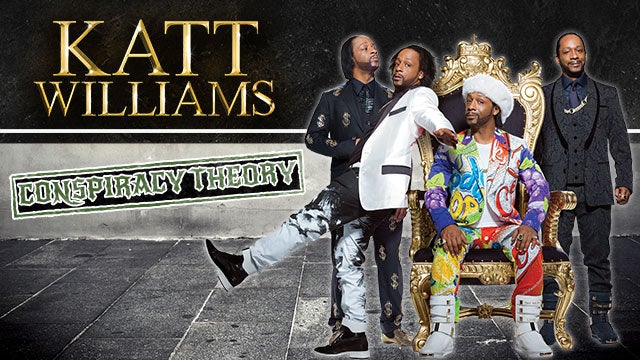 Much to the success and many sold out dates of the first leg of the “Conspiracy Theory” tour, Williams takes to the road for a second time after a half-year hiatus. Since re-emerging, Williams has taken to social media on the topics that have shaped our current political climate (Ferguson, Kim Davis, Subway’s Jared, Trump) and thus rerouted every American’s dinner conversation. Williams shies away from no debate fodder in “Conspiracy Theory.”

In his first interview in a year, Williams describes the tour as a “collection of forbidden topics that we can’t seem to get answered. Part of my guarantee in my ticket price is that [I’m] going to be talking about what we are talking about now,” he adds. “This is the open discussion that we’ve had since 2003. This is what it’s about.”

Having positively evolved during his public hiatus, Williams returns to the stage reborn, saying “Conspiracy Theory” will “go down as one of my finest works.”