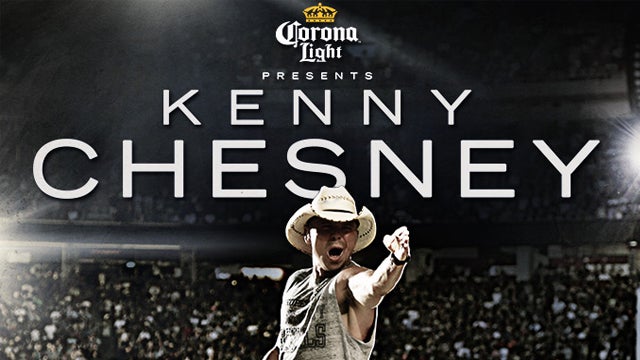 With nearly two dozen NFL-sized stadiums plays slated for this summer, Kenny Chesney took a good look at his remaining dates and thought about the show he was planning for this tour. Knowing each venue has individual needs – and scaling down from stadium-size, especially the amphitheaters, can remove some of the impact.

“For all the time we had to create for The Big Revival Tour,” Chesney says, “I wanted to make sure the fans got to experience it. I love amphitheaters and all the fun... But I want to give the fans the same impact with the show, because The Big Revival’s set up to be pretty special.”

“A year away from the fans, whether people realize it or not, is hard on me. I live to play – as much as I live to write songs and make music. So I’m ready to get out there and play this new music for people. I want give them a taste of how good ‘The Big Revival’ is -- and hear them singing ‘Til It’s Gone,’ ‘American Kids’ or even ‘The Big Revival’ back to me!”

Having sold in excess of a million tickets each of his headlining tours, Chesney is the only Country Artist in Billboard’s Top 10 Tour Acts of the Last 25 years – and that’s with only 12 years as a headliner.

“It’s a different kind of show, a different kind of energy – and what the fans bring in that environment hits every one of us onstage so hard,” Chesney says of the rush. “Every show is incredible, but there’s something about those really big ones. I think we were able to channel some of that excitement into the songs on this record – and I want to see if we can bring that intensity to the arenas and the few amphitheaters we’re playing this summer.”

“This new music takes the show to a whole other level,” Chesney says. “I’m so ready to get out there with the fans... and I think it’s gonna be a summer you won’t forget.”

Nothing like playoff hockey in the Loudest House in the NHL. #LetsGoCanes
87,089 vaccines given at the @wakegov clinic on site! WOW! The amount of teamwork and volunteer hours put into this operation has been incredible. 👏 Thank you Wake County EMS, Fire, Emergency Management, Human Services, National Guard members, Wake County Board of Elections, Publix Libraries, Parks and Recreation, Open Space and Environmental Services and more! As well as team members from WakeMed, UNC Health, Duke Health, and the countless numbers of health professionals who administered the shots. You are ROCKSTARS! Watching you work in such an efficient manner each day as you served our community was an honor.
LET'S GOOOO @canes! CENTRAL DIVISION CHAMP VIBES. #TAKEWARNING
THIS Sunday, @therealmikeepps brings his "In Real Life" Comedy Tour to Raleigh for two shows! Very limited tickets remain for the 7:30PM show, so bring Mom to the 3PM matinee! Get tickets at Ticketmaster.com.
Hey Raleigh - our friends at @bmw are here to give you the Ultimate Driving Experience this Friday-Sunday at PNC Arena! Visit our website to register and secure your spot to take the wheel on the Autocross course and more.
In order to get back on the road & safely see as many fans as possible in 2021, @dudeperfect is rescheduling US tour dates to this fall. The tour will now visit PNC Arena September 26. All tickets will be honored for the new date, so hang tight and we can hang together soon! 🤙
@rogerwaters has announced the new dates for his This Is Not A Drill tour, coming to PNC Arena on August 18, 2022! Hang onto your original tickets and get ready to rock out to golden era FLOYD – and classic Waters 🐖🎈
SECOND SHOW ADDED: @therealmikeepps "In Real Life Comedy Tour" has added a second show on May 9 at 3:00PM. Tickets are on sale now! Don't miss Epps and his all-star cast of Lavell Crawford, DC Young Fly, Karlous Miller and Kountry Wayne!
Searching for a part-time job to add some extra money in your pocket? 💸 We're hiring new Event Staff members! Visit PNCArena.com to view jobs & apply.
JUST ANNOUNCED: @therealmikeepps "In Real Life Comedy Tour" stops in Raleigh on Sunday, May 9 at 7:30PM. Tickets are on sale Monday, March 29 at 10AM! For details, visit PNCArena.com.
We're so excited to open our doors and make memories with our guests again! See you soon!
Flashback to 2013 when we saw @theweeknd open for @justintimberlake. Ready to watch him rock it during the #SBLV halftime show!
We wouldn't mind a trip to Margaritaville right about now, just like #onthisday in 2003 with @jimmybuffett and the Coral Reefer Band! 🌴😎
Waiting for the return of live shows because you need to vibe with friends.
We a love a good #AvettNYE here in Raleigh! @theavettbrothers have an incredible virtual celebration coming up LIVE at 8pm tonight. Appearances by @willienelsonofficial, @brandicarlile, @langhorneslim, @mandolin_orange, @norahjones and more, PLUS a full-band regular-length NYE set. Get your nugs.net tickets now! http://2nu.gs/AvettNYE 🎆
Happy Holidays to each and every one of you. We miss you dearly and hope that you found some magic in your day. 🎄♥️