(RALEIGH, NC) – Multi-platinum selling country rock group ALABAMA has announced a new date to their "50th Anniversary Tour" with a stop in Raleigh, NC at PNC Arena on Thursday, Oct. 7, 2021.

Tracy Lawrence will join ALABAMA as a very special guest in Raleigh.

Tickets for the show will go on sale this Friday at 10 a.m. at Ticketmaster.com.

About ALABAMA
It's been 50 years since Jeff Cook, Teddy Gentry and Randy Owen left the cotton farms of Fort Payne, Alabama to spend the summer playing music in a Myrtle Beach, South Carolina bar called The Bowery. It's a classic American tale of rags to riches. From humble beginnings picking cotton in the fields to international stars, ALABAMA went on to sell 80 million albums and change the face and sound of country music. Quality songs that have become the soundtrack for American life are the foundation for ALABAMA's stellar career. The group introduced rock style guitars, lights, pyrotechnics and sounds to the country audience that has inspired many of today's brightest country stars including Kenny Chesney, Jason Aldean and Luke Bryan. While their music continues to stand the test of time, their numbers and stats are beyond compare. Five decades since starting the band, ALABAMA has charted 43 #1 singles, including 21 #1 singles in a row, and have won dozens of CMA, GRAMMY®, and ACM Awards. They are members of the Country Music Hall of Fame, the Musicians Hall of Fame and have their own star on the Hollywood Walk of Fame. In addition, they are world-class philanthropists who have raised millions of dollars for various charities.

About Tracy Lawrence
Tracy Lawrence is one of country music’s truest traditionalists and this year he is celebrating his 30th anniversary in the Country music industry. His impressive catalog of timeless music has made Lawerence a mainstay in the genre selling more than THIRTEEN MILLION albums and charting EIGHTEEN No. 1 songs. He has garnered numerous CMA and ACM awards and nominations, as well as a Grammy nomination. Commemorating his three-decade career in 2021, Lawrence is releasing three new albums which include all new music along with some of his favorite career hits.

In addition to his chart-topping success, Lawrence hosts the Award-Nominated nationally syndicated radio show “Honky Tonkin’ With Tracy Lawrence,” for which he has received two ACM nominations for National On-Air Personality of the Year. The show features music from the 80’s, 90’s and 2000’s and is heard on more than 115 affiliates. Tracy is also the co-creator of STORMING HEAVEN: THE MUSICAL, a production based on the novel Storming Heaven. Tracy, along with others, helped to develop the storyline of the musical and also composed songs for the drama. He was honored by the Nashville chapter of AFP (Association of Fundraising Professionals) with “Philanthropist of The Year” for his nationally recognized annual MISSION:POSSIBLE Turkey Fry and Concert, which has raised over Half a Million Dollars for the homeless and hungry in Dallas, Louisville and Nashville, and served more than 84,000 meals. MISSION:POSSIBLE is poised to make an even larger impact in the future, as the 501 (C) (3) organization expands into more markets across the country

About Outback Presents
Outback Presents is the leading independent, full-service promoter of live entertainment. From their home base in Nashville, TN, Outback Presents specializes in producing music and comedy shows, tours and festivals across North America and connecting their diverse roster of artists with their fans. 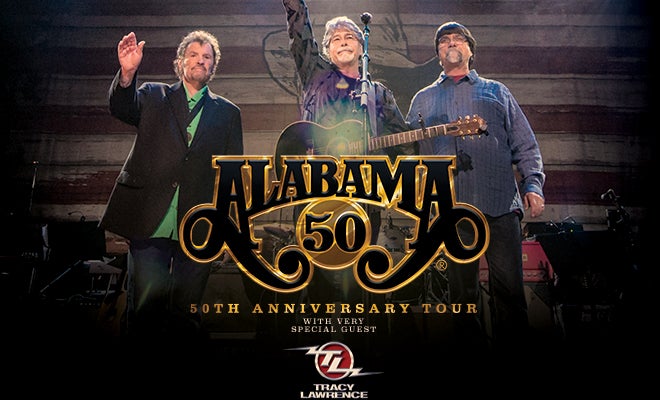